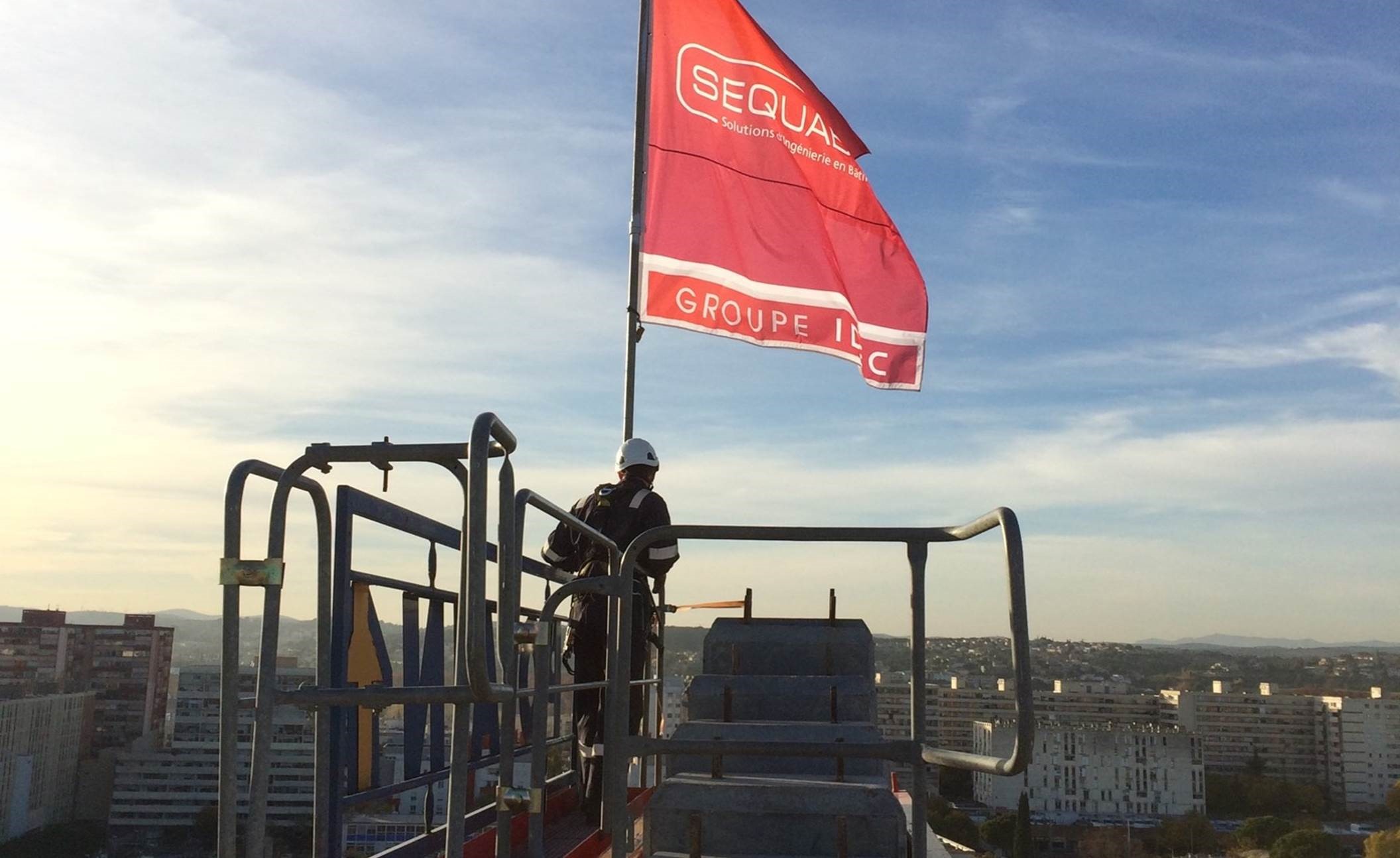 SEQUABAT, designer and builder of turnkey business, commercial and residential properties, has begun work on a housing programme in the Pierre Vives eco-district in Montpellier (Hérault). This early stage is symbolised by the installation of the crane being used to erect the 58 homes.

To be delivered in the second quarter of 2019

After suggesting the plot and getting its in-house design team to work on the project, SEQUABAT began work on this new housing programme in early November. The teams have already bulldozed the land shifting 7300 m3 of earth. The 36-metre high crane, which is required to build the six storey housing units has been in place since yesterday. Work can now start on the foundations to stick to the planned timetable for this project.

Located in the NW of Montpellier, in the heart of the Pierres Vives eco-district, this programme will offer 58 homes ranging from studios to two bedroom apartments, all on five or six storeys. 64 parking places are planned for the ground floor and on two underground levels. The south-facing side will look out onto wooded parkland, which will be prepared by Territoire 34, who have been awarded the contract by those in charge of the local development zone.

This is the second major project carried out by the CAILLEAU Group and SEQUABAT.

Find out more about Sequabat and the engineering arm of the IDEC Group. Please contact us if you require any additional information or if you want to talk about a new project.